BLOOMINGTON, Minn. – February 2, 2021 – The Men's League of the Western Collegiate Hockey Association is proud to recognize four student-athletes as its Players of the Month for January. Bowling Green's Brandon Kruse (Forward) and Will Cullen (Defenseman), Minnesota State's Dryden McKay (Goaltender) and Michigan Tech's Arvid Caderoth (Rookie) are this month's honorees. The awards are presented by Anderson's Pure Maple Syrup. 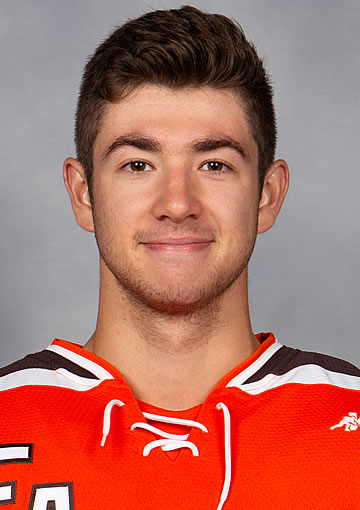 Bowling Green senior forward Brandon Kruse totaled a team-high 14 points in the month of January, scoring at least one point in nine of the Falcons' 10 games over the course of the month. His best game came on Jan. 29 against Michigan Tech when he tallied four points, including a goal and an assist. The goal in that contest also came on the power play. The Saline, Mich., native also registered two points in each of the first two games of the month, both against Ferris State. With the 14 points, Kruse is now up to 133 career points, which ranks No. 2 on the WCHA post-realignment scoring chart. This is Kruse's second career WCHA monthly award.

Honorable Mention: Brendan Harris, Sr., Bemidji State: Finished the month tied for second among WCHA scorers with five goals and paced the league netting 0.71 goals per game. Nathan Smith, So., Minnesota State: Led WCHA in assists per game (1.14) and points per game (1.43) for the month. 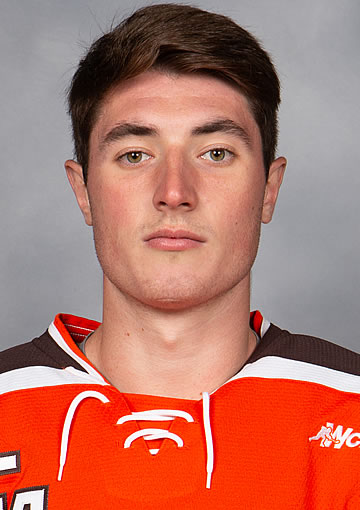 Bowling Green junior defensemen Will Cullen tallied a total of eight points during the month of January with three goals and five assists. The Pelham Manor, N.Y., native totaled a January-high three points against Northern Michigan on Jan. 16 with a goal and an assist. He also had two points against Northern Michigan the night before on Jan. 15 with a goal and an assist. Cullen also had another two-point outing on Jan. 2, logging two assists against Ferris State. This is Cullen's second WCHA monthly honor. 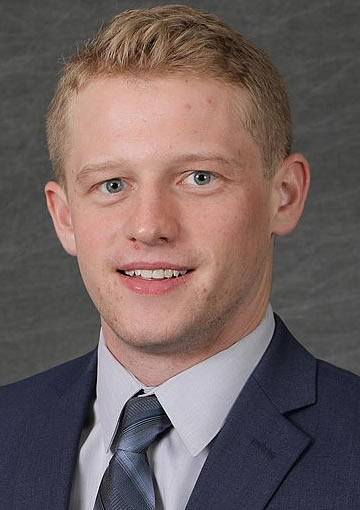 Minnesota State's Dryden McKay appeared in six games during the month of January, led the nation with four shutouts and tied for the most wins with six. The Downers Grove, Ill., native posted a goals against average of 0.50 and a save percentage of .971, both of which ranked second in the nation. McKay had a scoreless streak of 217:37 minutes spanning five games from Dec. 18, 2020-Jan. 16, 2021, that places him 19th on the NCAA all-time consecutive shutout minutes list. The streak is also the ninth-longest in WCHA history. Coupled with his 234:25 streak in 2019-20, he is the first goaltender in WCHA history with two shutout streaks of 200 minutes or more. This is McKay's sixth WCHA monthly honor.

Honorable Mention: Zach Driscoll, Sr., Bemidji State: Backstopped a Bemidji State penalty-kill unit that was a perfect 26-of-26 in seven games as he led BSU to a 5-1-1 mark during the month, which included a 4-0 mark against top-5 teams. Eric Dop, Sr., Bowling Green: Tallied 30 or more saves in five of his seven January appearances, including a season-high 36 in back-to-back games, just one shy of his career-high. 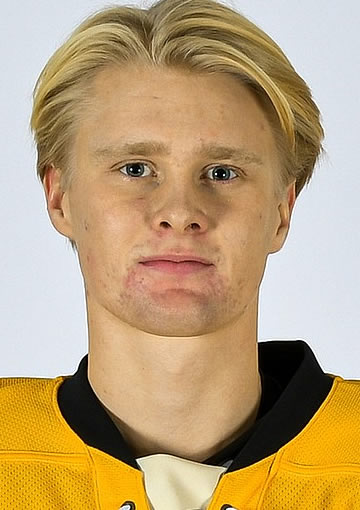 Michigan Tech's Arvid Caderoth led WCHA rookies with seven points, six assists, and three assists on the power play in January. The Gothenburg, Sweden, native ranked second with 39 faceoff wins and third in plus/minus (+4) and blocked shots (eight). Caderoth had a point in five of six games over the month and is currently on a five-game point streak. This is his first WCHA monthly honor.