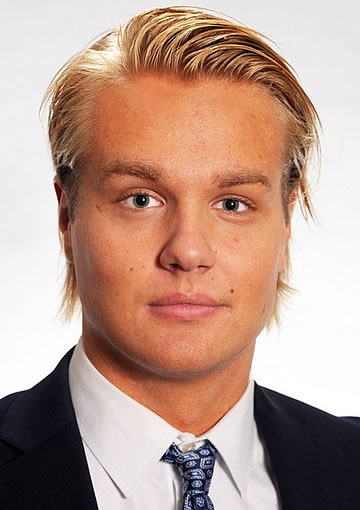 Lake Superior State senior Hampus Eriksson led the Lakers to three consecutive wins this week as the Lakers earned a 3-1 road win at then-No. 18/RV Michigan Tech and a home sweep against Alabama Huntsville. Eriksson posted at least a point in each of the three games, starting with an assist in the Lakers' win against the Huskies. In Friday's 2-1 win against Alabama Huntsville, the forward recorded the primary assist on the game-tying goal. Eriksson posted two points in Saturday's 4-1 win including the game-winning goal as well as the primary assist on the Lakers' third goal. The Forsbacka, Sweden native tied for first in points and assists among all WCHA skaters this week. His final point of the week was the 60th of his collegiate career. He ended the week riding a four-game point streak. This is Eriksson's first career WCHA weekly honor. 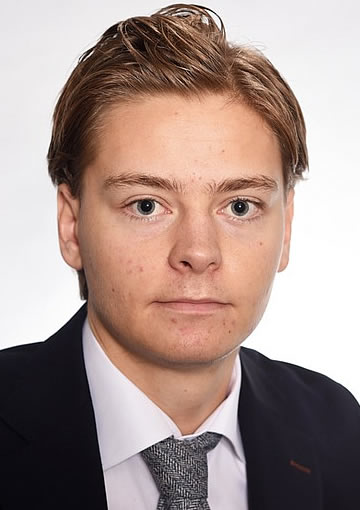 Lake Superior State junior Jacob Nordqvist led the Lakers to three straight wins this week as LSSU posted a 3-1 road win at then-No. 18/RV Michigan Tech and a home sweep of Alabama Huntsville. Nordqvist tallied an assist in the Lakers' win against the Huskies on Tuesday. The junior defenseman led the Lakers to a 2-1 win over the Chargers on Friday night with his first multi-point game of the season and the eighth of his career. Nordqvist tallied the game's tying goal in the third period and recorded the secondary assist on the game-winning goal that was scored with under 10 seconds left in regulation. The Gothenburg, Sweden native led all WCHA defensemen in points this week. The Lakers are 7-1-1 this season when Nordqvist registers a point. This is his second career WCHA weekly honor.

Bemidji State junior Zach Driscoll finished one stop shy of his career-high save total turning aside 47 shots in a 4-1 victory at then-No. 18/RV Michigan Tech Friday. The Apple Valley, Minn., native also backstopped a BSU penalty-kill unit that was a perfect five-for-five in the series opener. In Friday's game he climbed into ninth place on BSU's all-time saves list (2,179). Driscoll added 33 saves in Saturday's 2-1 win to preserve the Beavers' second WCHA series sweep of 2020-21. Saturday's win also pulled him into a tie with Matt Climie (2004-08) for 10th place on BSU's all-time wins list with 45. Driscoll's 80 saves in the series with the Huskies were the most by any netminder nationally on the weekend and a WCHA season high for saves in a series. He leads the WCHA and sits sixth in the country with 504 saves this season. This is Driscoll's ninth career WCHA weekly honor and his third this season. 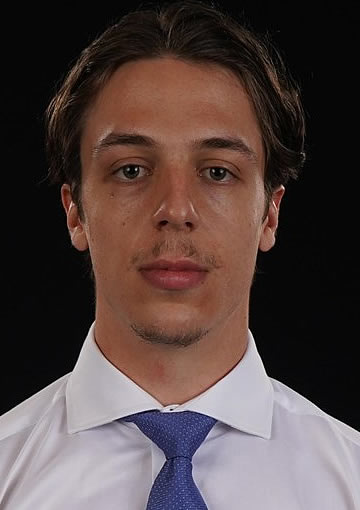 Alabama Huntsville forward Tyrone Bronte led all WCHA freshmen last week with three points on a goal and two assists in the Chargers' four games with Northern Michigan and Lake Superior State. The Melbourne, Australia native also blocked a pair of shots and fired five shots on goal against the Wildcats and Lakers. Bronte opened the scoring in the Chargers' 3-1 win at Northern Michigan on Tuesday before adding assists in Wednesday's contest with NMU and in UAH's series finale at Lake Superior State on Saturday. This is Bronte's third career WCHA Rookie of the Week honor.

Honorable Mention: Seth Fyten, Fr., F, Bowling Green: Recorded his fifth goal of the season Sunday to open the scoring in the Falcons' 6-2 win at Northern Michigan. Mitch Deelstra, Fr., F, Ferris State: Tallied a pair of assists in the Bulldogs' weekend home series against No. 3/3 Minnesota State. Jake Livingstone, Fr., D, Minnesota State: Had a +1 rating in the Mavericks' road non-conference sweep of Ferris State, chipping in with a pair of assists in the two victories.